Tail chasers and paw lickers: how owners play a role in their dog’s repetitive behaviour. 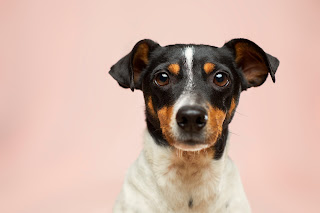 Have you ever seen your dog acting weird? Does your dog chase his tail or circle around several times a day? Or does she growl at herself? Maybe she even bites her own hind legs or tail?

The study found that repetitive behaviours were more common among dogs belonging to first-time owners, dogs that exercised less than one hour per day and dogs that lived with larger families. From these data, it seems that the owner plays a large role in dog behavioural problems.

There are several different types of repetitive behaviours:

Sometimes dogs can show a combination of these, for example, when a dog chases its tail and growls.

Repetitive behaviour typically already starts in puppyhood, before the age of one year. And many owners report that the repetitive behaviours become worse when the dog gets older, and can severely impact quality of life and damage the bond between the dog and owner.

Why do dogs show these abnormal repetitive behaviours?

Repetitive behaviours are not seen in wild animals living in their natural environments, but only in wild and domesticated captive animals. This makes me think that it is something in the way we keep our animals that drives these abnormal behaviours.

Dogs are not the only species that show repetitive behaviours. Other examples of repetitive behaviour patterns in animals include feather picking in parrots, pacing in zoo-housed polar bears, tigers, and lions, and crib-biting in horses. You’ve probably seen the famous videos of the polar-bear that walks up and down its enclosure all day long. We don’t know exactly why animals engage in repetitive behaviours, but one of the explanations is that:

Animals perform abnormal repetitive behaviours because it feels good in that moment, and helps them to cope with a stressful environment.

What is the definition of repetitive behaviours?

Repetitive behaviours are also called stereotypies, which are defined as repetitive, invariant behaviour patterns with no obvious goal or function. Some people have suggested, though, that some repetitive behaviours do serve a function, but that the way they are expressed is excessive, exceedingly intense or performed out of context.

If you see your dog (or parrot, horse, cat, etc) engage in repetitive behaviours, it is a big red flag that your dog is not coping and you will need to do something about it.

Problematic behaviours stem from a lack of knowledge about how to meet the dogs’ emotional and physical needs, rather than from a specific brain dysfunction.
The problem is that once we give some sort of medical label or diagnosis to an abnormal behaviour, there is a risk that we accept that our dogs have a ‘disorder’ and that there is nothing we can do about it. But I believe that
Many behavioural problems can be reduced or even prevented if we understood what our animals truly needed, and how to provide that for them. Even if it is not convenient for us!
Owner characteristics and repetitive behaviour. 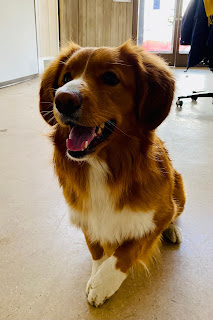 Dogs that were kept together with other dogs showed less repetitive behaviours, probably because they were in a social group and could play and explore together.

Spending quality time together and providing lots of mental enrichment will help to prevent abnormal behaviours.

Repetitive behaviour was most often reported in German Shepherd Dogs, which also agrees with previous findings. Breed differences may stem from selective breeding for desired characteristics and functional purposes, and so certain behaviours may become more common and dominant in some breeds, but not others.

This information may be important when deciding on a particular dog breed. But, as a note of caution, these results are based on the breeds that were available for this specific study cohort, and may neither be representative of the general dog population nor of the specific dog breed.

Also important to know when interpreting this study, is that the data was based on owner reports, which are not always reliable. Some owners may not notice that their dog displays problematic behaviours, while others may interpret normal dog behaviour as problematic.

Nevertheless, this study is a good starting point to identify possible environmental, behavioural and demographic relationships with repetitive behaviours that can then be studied in more detail in future research.

How to prevent repetitive behaviours

Even though, as said before, the data is only correlational, it gives some hints on how to prevent repetitive behaviours. So what can you do to help your neurotic dog?

If you enjoyed reading this article and found it interesting, please sign up for my newsletter by entering your email address in the subscription box: