These are the five most common myths about dog aggression 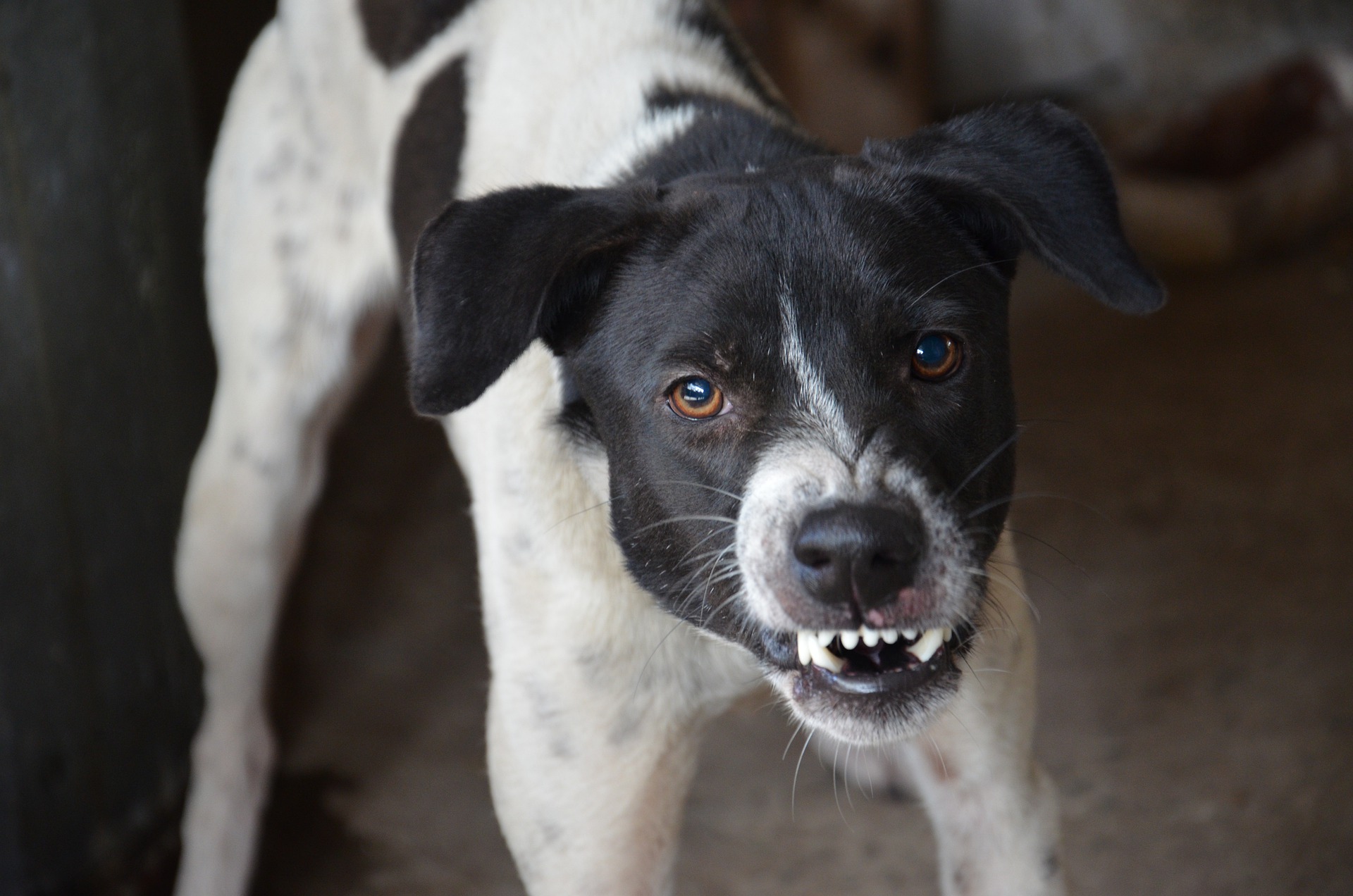 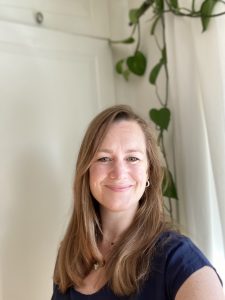 Does your dog sometimes snap at someone? Or do you take your beloved pet to the park and she lashes out to other dogs? Frustrating, I know.

Everybody and their grandma has an opinion about aggressive dogs, but it can be hard to find the right advice that works for your dog. But don’t worry, you’re not alone! Aggression is a huge problem that affects up to 72% of dogs.

Aggression directed towards the owner is the most common type of aggressive behaviour, followed by aggression directed towards unfamiliar dogs and people.  But what exactly is aggressive dog behaviour? Agressive behaviours include a range of behaviours, such as snarling, showing teeth, growling, snapping and biting. These behaviours can be directed towards people, other dogs and animals.
So why is your dog aggressive? Generally, dogs show aggression when they try to resolve a conflict over who has got priority access over resources, such as food, a favourite bed or a mate. There can be four different types: possessive, defensive, dominance and sexual aggression, even though the precise definition of each type is still under discussion.
Owner-directed aggression is often associated with fear, impulse control or possessive aggression.

So how can you cure an aggressive dog? Let’s start with debunking some common myths.

This myth has been around for decades and has been popularized by famous dog whisperers on tv. The assumption is that dogs misbehave because they want to get a higher rank in the household, The quick fix is then to use force or coercion (often called ‘corrections’) to get them to behave. However, dogs do not display dominance behaviours because they want to be the boss. In fact, social groups of dogs (and wolfs) have very stable hierarchies because they want to avoid conflict, not create it.

No, aggression is not an obedience problem. Or at least, training is no guarantee that a dog won’t bite. Training is often promoted as a strategy to reduce dog bites, but one study showed that in 66% of cases where a dog had bitten a child, the dog had previously attended obedience classes.

But the story is a little more nuanced. This is science, so there are never any black and white answers. Sorry! Other studies have shown that obedient dogs are less aggressive. But this is not necessarily a causal relationship. It could simply be that aggressive dogs are less likely to obey, irrespective of whether they are trained or not.

The training method that you use may also affect your dog’s aggressive behaviour. Dogs that are trained with aversive training methods  seem to be more aggressive. Aversive training methods rely on negative reinforcement and punishment, such as shock collars, hitting, kicking or pushing the dog and ‘alpha rolls’.
On the other hand, dogs that are trained with reward-based methods are less likely to be aggressive. Reward-based methods use something that the dog wants, such as a treat or verbal praise, to reward the dog for showing the desired behaviour. But again, there is no evidence of a causal relationship between training method and aggression.

Perhaps owners of aggressive dogs are simply more desperate for a solution and are therefore more likely to use aversive training methods, and it has nothing to do with the training method per se. However, one thing that is clear, is that:

In short, it is definitely a good idea to train your dog with reward-based methods, but it is not a guarantee that your dog won’t bite.

Myth #3. My dog would never bite a child

Let me save you some reading: any dog can bite when they are pushed to their limit.

Your dog is the cutest and you love him to bits, right? And you’re convinced he wouldn’t hurt a fly. But how can you be so sure?

The problem is that children – and even adults – are really bad at reading dogs’ body language. Dogs usually tell you very clearly that they are not comfortable with a situation, see the canine ladder of aggression picture below on the left of the screen. Let’s say that a child is hugging your dog and your dog does not like this. Early on, she will give some subtle signs of discomfort, such as yawning, blinking and nose licking. Sometimes owners interpret these behaviours wrongly as the dog being tired. But no, this is a first warning sign that your dog is not happy with whatever is going on.

If the hugging continues, or maybe gets more intense, then your dog will turn her body away. If that’s not helping she will walk away. Children do not understand what this means and they often end up following the dog for more hugs. We adults may think it is cute how much the child and dog are into each other. But the dog now feels more threatened and will start to give off clearer signs, such as creeping, having the ears back and standing crouched with the tail tucked under the body. In dog language this is screaming ‘I don’t like this, stop’.

But again, the child doesn’t get it and continues. If there is an adult around to watch this interaction and to stop the child, then there is no harm done. But if not, the dog feels she has no other option. The next step is growling and then eventually the snap, at some point the dog really needs the cuddling to STOP!

Below is a really nice video showing how dogs tell us when they don’t like to be petted. If you want to know more about play-aggression, then check out this article here.

So clearly any dog can bite when they are pushed to their limits (see myth #3). But it is certainly true that some dogs are quicker to snap than others. You probably think of Pit Bull Terriers as being the main perpetrators here. So you may be surprised to find out that cute little dogs such as Chihuahuas, Dachshunds and Jack Russell Terriers are the most likely breeds to show aggression towards people.

Larger breeds, such as Akita’s and Pit Bull Terriers are sometimes more aggressive towards other dogs. Because of their large size, these dogs can cause some serious damage. It may simply be that their owners are more likely to look for professional help for these reasons, which may explain why these breeds are known for being aggressive.

Do “agressive dog breeds” deserve that label? The American temperament Test Society showed that 87.4% of Pit Bull Terriers passed their temperament test. So there appears to be very little reason for such labelling. Many animal welfare organizations, for example the Humane Society of America, oppose breed specific legislation because it has been shown that banning certain breeds is not an effective way to reduce dog bites.

Having said this, I’ll take my chances with an agressive Chihahua over an agressive Pit Bull any time, just because of their smaller size!

Considering the possible damage that a dog can do in the event of an aggressive response (however unlikely) is a very important consideration when choosing a dog breed. Especially if you have young children, who at best of times are loud, unpredictable and very likely to pull or pinch a dog. All of these can be enough to push even the calmest dog (or parent) over the edge.

Myth #5. How much quality time I spend with my dog does not effect its behaviour

You’d be wrong to think that dogs don’t need to spend enough time with their owners to build a healthy relationship. One study showed that owners with a stronger attachment to their dogs experienced less problems with aggressive behaviours. On the other hand, dogs of owners that spent less time grooming, walking and exercising them were more likely to show aggression.

It is interesting that factors often thought to be important in the development of dominance-related aggression, such as feeding the dog before the owner eats, and playing competitive games with the dog, were not linked to aggressive behaviours.

So take your dog out for a walk, play a fun game and give lots of cuddles (respecting your dogs boundaries, of course, see myth #3)! Not that complicated, right?

Environmental influences on the expression of aggressive behaviour in English Cocker Spaniels
Prevalence, comorbidity, and behavioral variation in canine anxiety
Assessment of owner–directed aggressive behavioural tendencies of dogs in situations of possession and manipulation
Breed differences in canine aggression
The effects of using aversive training methods in dogs—A review
Aggression toward familiar people and animals

Want to stay up to date with the latest dog behaviour science? Enter your email address is the box below: 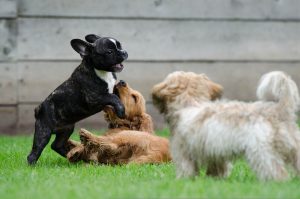 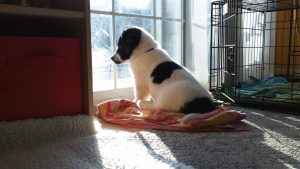 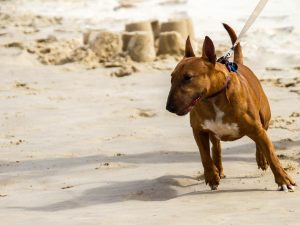